Livonia, Michigan, USA
A Proud Chapter of IPMS USA Since 1976

Lets see if this works

This will be the 1st blog post newsletter thing that we are attempting. With luck this will go well. First off let me apologize for not doing a newsletter last month and for an abbreviated one this month. I have been working more and goofing off less. I was also on vacation and found that if you drive 20 hours south you can actually swim in the ocean and get a decent sunburn. It is a very long time to sit in the car for 20 hours, ask my kids, but feeling sun on your face is very refreshing. Onward and upward.

Speaking of traveling, the IPMS Livonia cast and crew decided to once again take the show on the road. With members John Kesner, Tim Howell (from Livonia), Jeff Edge, Chris Nichols, and yours truly traveling to Canada to keep America great through the art of modeling. With a little help from our man on the inside, Steve Freeman, the Livonia crew did what it does best. It went to The Heritagecon Show in Hamilton and represented our club with dignity and grace. More or less.

The band of Gypsies left Livonia in my sweet wife Sheilas mini van, dubbed the silver bullet, on Saturday morning. It was a rough start but after a kiss on the face I was up and ready. 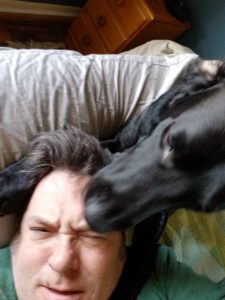 Any good trip across the border requires a stop at Duty Free so you can exchange our Monopoly Money for Canadian Pesos. They also have a selection of fine Canadian soda pop. Since it was going to be a long weekend we decided to stock up. When we were there Jeffrey thought he found the Golden Colonel Sanders he had always knew existed but could never find. He was excited all weekend. 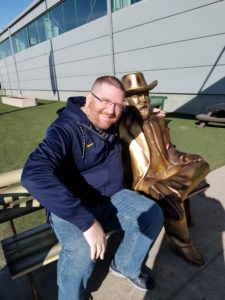 Next stop was Wings and Wheels hobby store in Toronto followed by a stop into Urban Outfitters that specializes in antique Military Surplus. Both Tim and I found some Head Gear. I look like a mushroom. Tim looks like a Russian Gangster who probably owns a submarine. 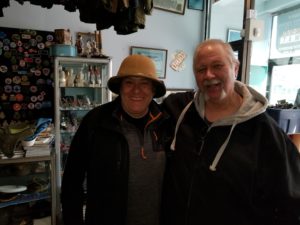 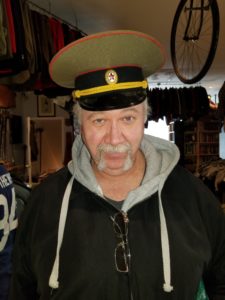 Next Stop was Hornet Hobbies and some laughs with the owner Dave Brown. He closes at 5:00pm but Dave being a man of character told us to get some of that Canadian Soda Pop out of the car and he let us sit in a closed hobby store and tell modeling stories. Not many better ways to spend a Saturday. This was followed by a fantastic dinner of Indian/Chinese Fusion food. John Kesner ate the design off the plate he liked it so much. 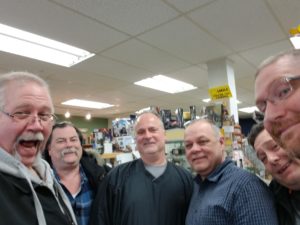 The next day was spent at the Heritagecon Show at the Hamilton Air Museum. The IPMS Hamilton club put the show on and it is a great show to attend. The vendors are plentiful, the competition is stiff and the modelers are from everywhere. Clubs from Buffalo, Pittsburgh, Toronto, Guelph, Hamilton, Peel, Livonia, and more than I know of make this show every year. It is a chance to meet and greet and talk modeling. If you get the opportunity you should try it just once.

Tomorrows meeting is an informal contest that is miniature scale. The points do not go towards the annual contest but the winner does get a $25 gift certificate to Nankin. Whats not to like about that.

As usual the meeting begins at 8 with social time starting at 7:30 before the meeting to talk with others. If you are working on anything then please feel free to bring it in.

This is it for the first blog post. We will improve and change as it progresses. Thanks for taking the time.

Armor, Racing and Partners in Crime
Comments are closed.

IPMS Livonia is an educational organization created to promote and share the art of plastic scale modeling.

Proud Chapter of IPMS USA since 1976.